A Tale of Two California Flowers

Everywhere you go, flowers are blossoming!  In the mountains, on the plains,  around the corners of our neighborhood, they offer so much beauty and charm of the nature.  Among them, these two flowers probably catch your eyes quite a lot: the tall Matilija Poppy (Romneya coulteri), and the splendid, golden California Poppy (Eschscholzia californica).  Together, they are a tale of two flowers. 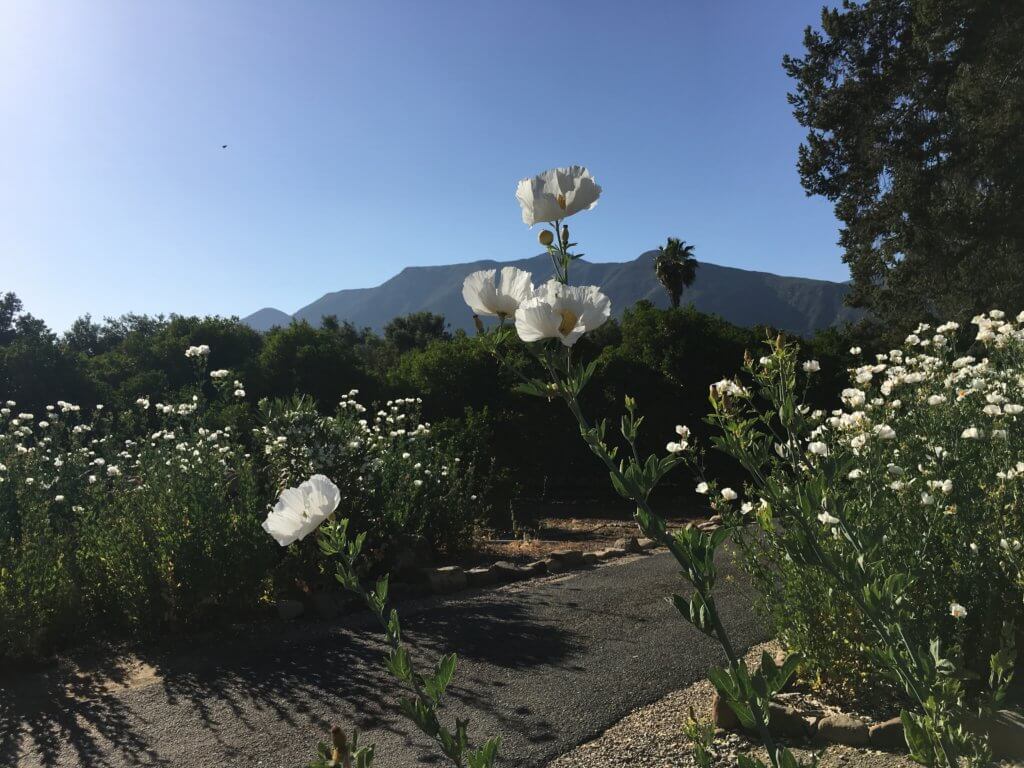 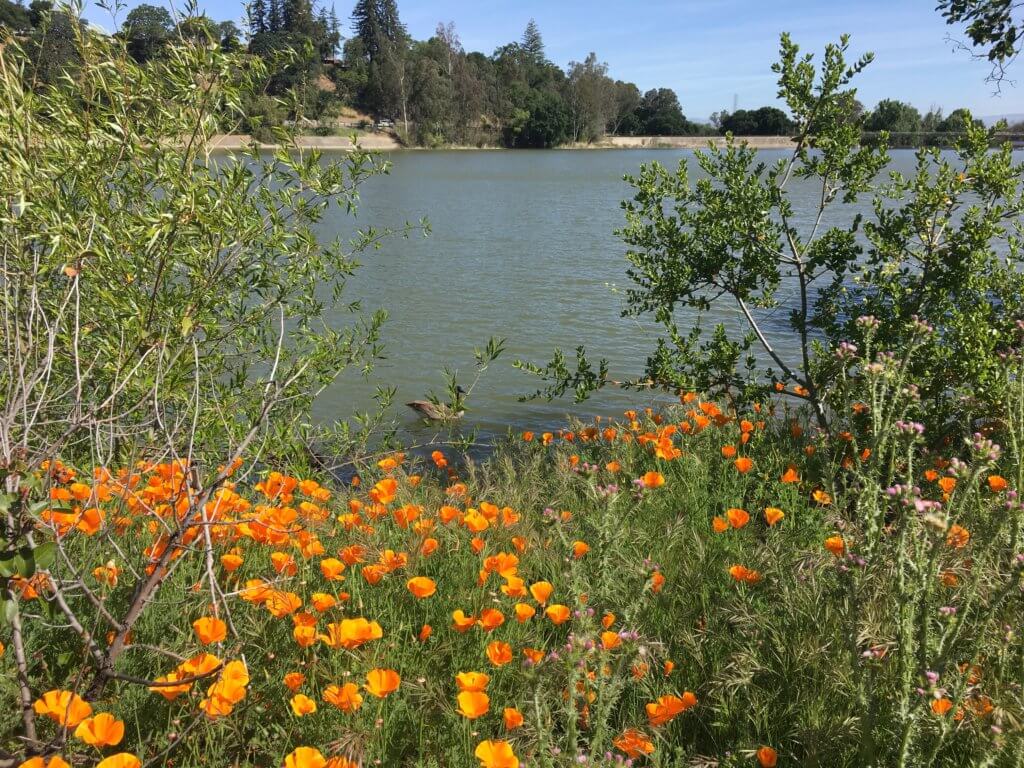 Voting for the State Flower of California 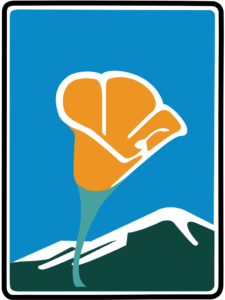 Both Motilija Poppy and California Poppy are beautiful California native plants that are drought tolerant, making them great choices for a water efficient garden. Matilija Poppy  is native to dry, sunny environments in Southern California and Baja California.  The flower, like a fried egg (“Fried Egg Flower”, another name of Matilija Poppy) is one of the biggest of any species native to California.  The flowers usually begin from early spring and can last until late summer. Matilija Poppy is tough and very drought tolerant, can survive in most of the soil conditions.  It can grow to be 7 feet tall and 28 feet wide.  If there are some spaces needed to be filled in the garden, the Matilija Poppy can be a good contender. In this garden, the Matilija Poppies are planted near the window.   When fully grown, they can become a shield for privacy and hot sunlight. 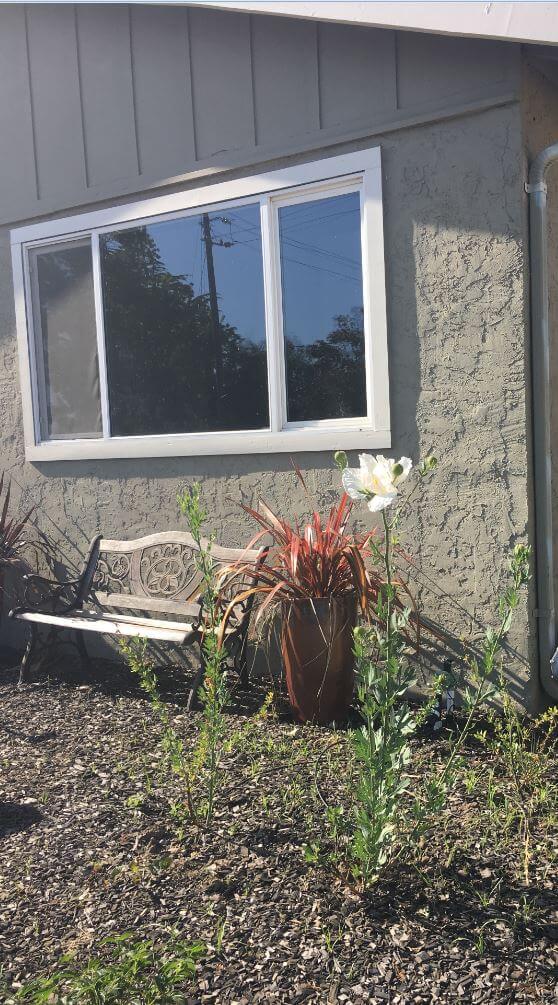 The California Poppy is 4 to 12 inches tall.  They bloom in spring, adding their bright golden or yellow color to any garden. It is drought tolerant and easy to grow. Here, the green foliage and yellow flowers decorate the dry creek bed of this water efficient garden very nicely. 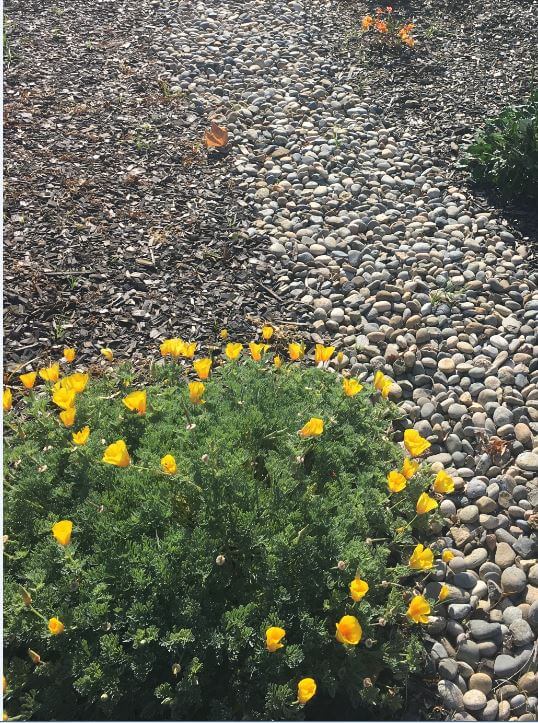 Vote on Your Favorite California Flower

Now you have a chance to vote on your favorite California flower.  These 4 flowers are all California natives. In addition to the Matilija Poppy and California Poppy introduced above, the other two are California Lilac (Cean0thus) and Lupine (Lupinus).  They are all drought tolerant plants great for a California friendly garden. Which one is your favorite? 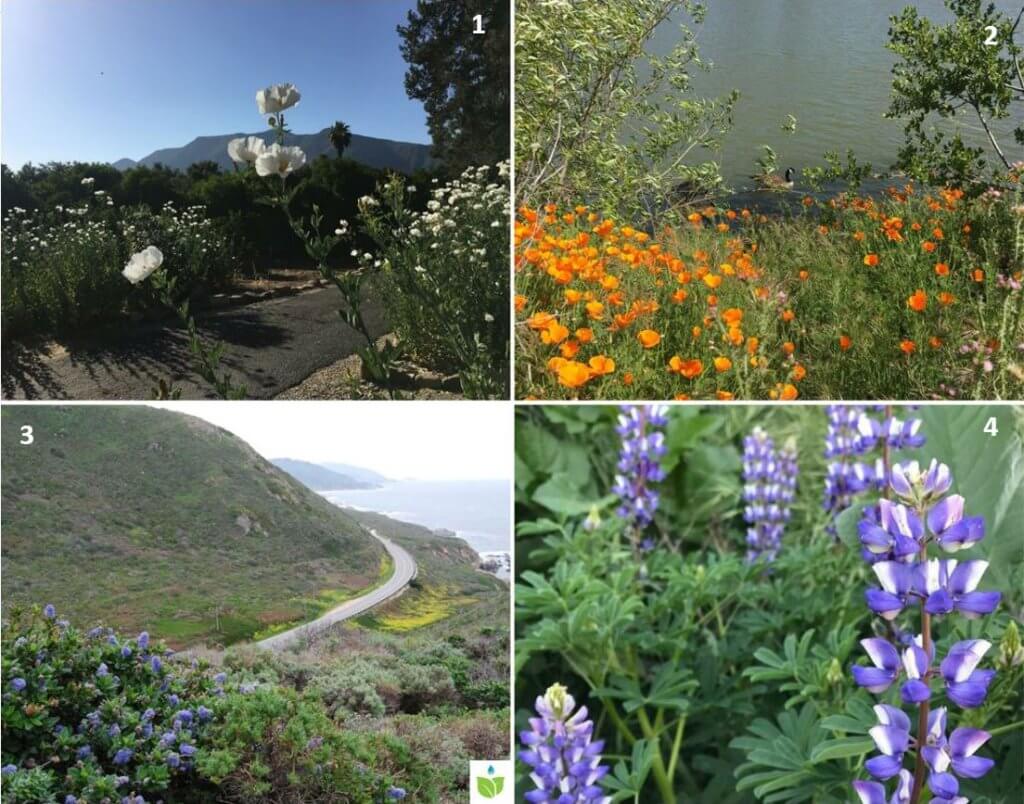