Water conservation: How did Californians do after mandate (Part II)

How is California’s water conservation after last report?   The October number just arrived, so here they are: In September, Californians reduced water usage by 18.3% vs. 2013, in October, 19.5%.  They are quite consistent with the numbers since June, when the water conservation mandate was lifted, in the 17%-22% range.  These numbers indicate Californians continue to put in the effort to conserve water after the mandate, and the result is about 20% reduction for total potable urban water use since June.

However, when compared with last year’s numbers for the same month, they all fell short.   In September, it was 30.2% lower; in October, 12.2% lower. Actually,  in every single month since the mandate ended, less water was conserved than last year’s.  In hot months from July to September, it was as much as about 1/3 less.  October’s showing actually is the best, at 12% lower.  The mandate does seem to make a difference in the months so far. 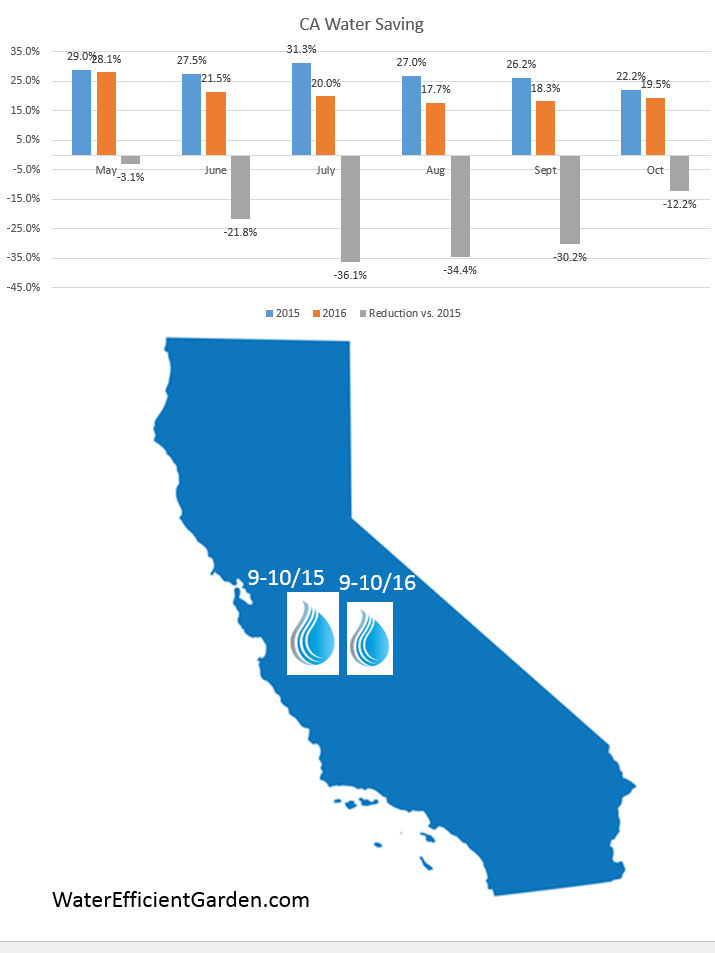 Thanks to some heavy rains in the last 2 months, the drought situation in the state has been relieved to a certain degree.  As of Dec 2o, 59% of California is in “severe drought”, down from 90% at the same time last year.  This is a big improvement, but 60% of the state is still in severe drought.  We also don’t know how the rest of water year will play out.  The drought is not considered over, and we still need to conserve water. 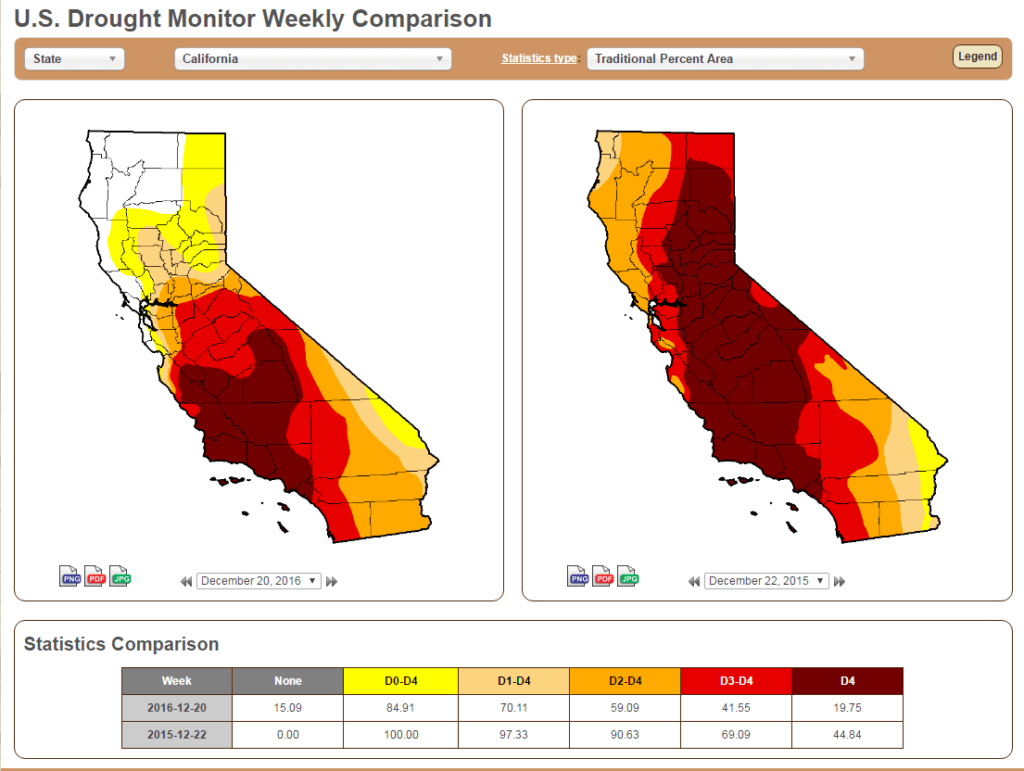 In April 2015, facing California’s historical 4 year drought, Governor Jerry Brown issued an executive order making it mandatory that statewide urban water use be reduced by 25% compared with 2013 levels starting June 2015. Since the mandate started, Californians stepped up their conservation efforts, and statewide water conservation immediately jumped from 13.7% in April, to 29.0% in May. Overall,  the statewide water savings for the twelve months from June 2015 to May 2016 was 24.5 percent, when the mandate was effective.

In May 2016, with impressive water saving achievements for a whole year, and a close-to-normal winter rainfall, emergency water conservation regulations was revised. Instead of a statewide mandate, urban water agencies have the ability to set their own conservation standards based on a “stress test” of supply reliability – their projected shortfall in the event of three more dry years.  In the months after this approach was implemented, as the numbers above indicate, less water was conserved than when the mandate was in place.

With climate change and population increase, water resource will just keep getting scarcer, not more.  It is projected that the Sierra snowpack can drop by half by the end of the century if greenhouse emissions continue at current speed, which can be disastrous for the state’s water supply.   As of right now, 60% of the state is still in severe drought. It is clear we all need to use water more efficiently, and continue to conserve water. Limit outdoor watering, as about half of water consumed by Californians is used outdoors.  Replace the lawn with a water efficient garden – Calculate how much water you can save here. A water efficient garden will not only save water, but be beautiful as well. They can be full of California native charm, or be a floral dream for little princesses.  Whichever design you choose, the water efficient garden can help us conserve water, and deal with water shortage now and in the future. 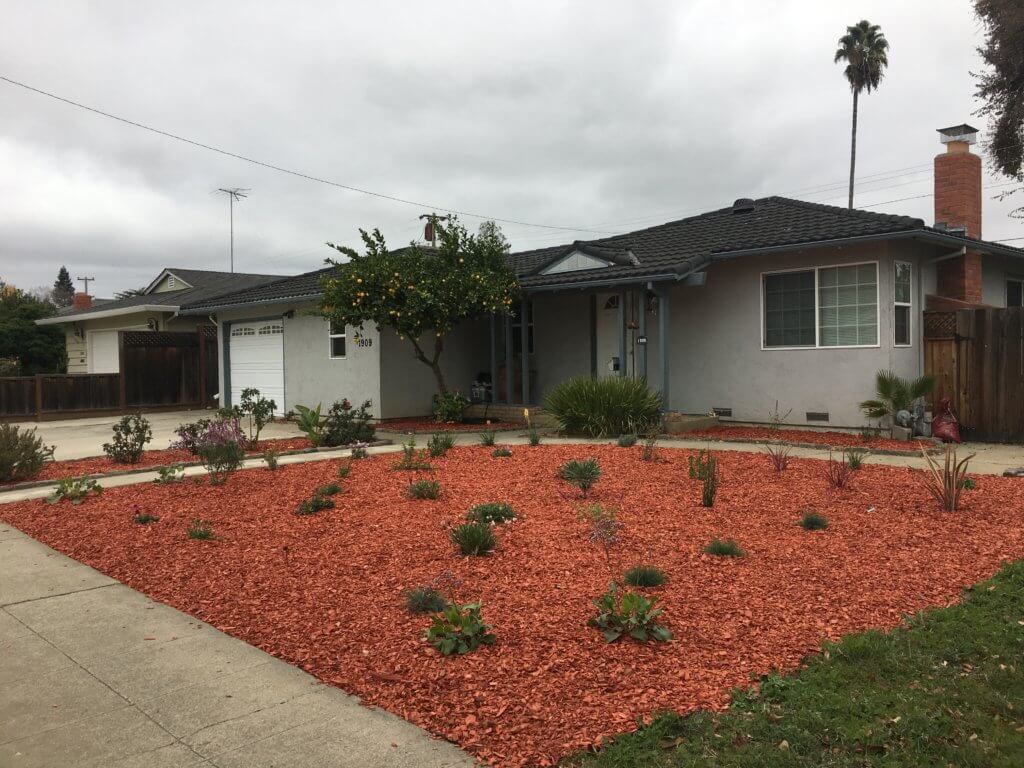